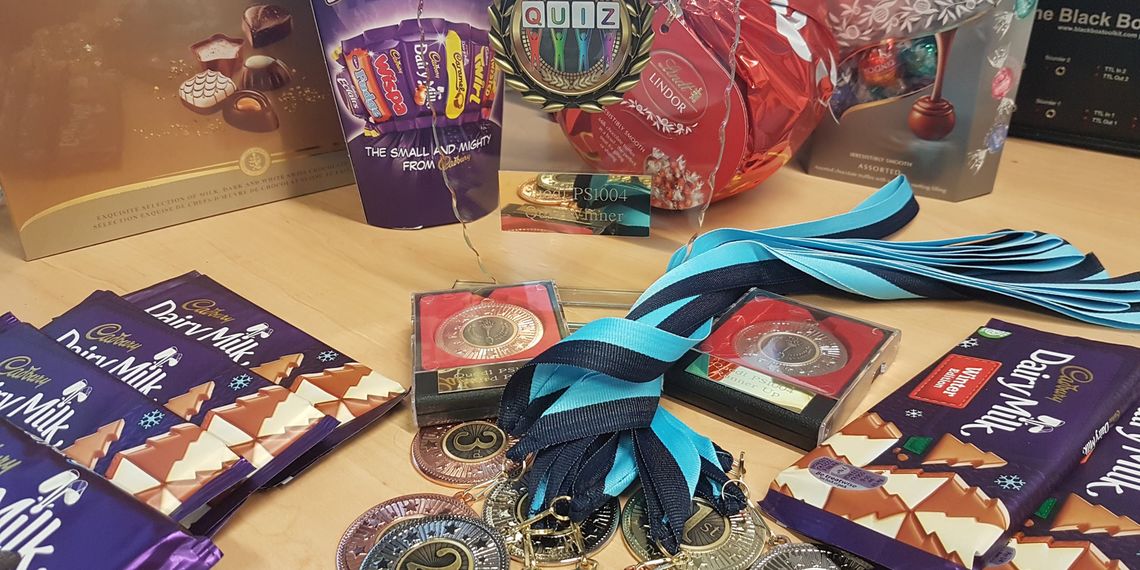 It's the end of term. The students at City have submitted over 20,000 answers to dozens of quizzes across a wide range of modules, so it's time for prizes. One of the things that the vast majority of students like about Quodl is that from week to week they can see their position - using an anonymous nickname - on the leaderboard, and try to get as near the top as possible. After the final quiz, students like to see their efforts and achievements acknowledged. This raises a number of questions about how best to do prizes. Though there's a danger of overthinking this, of course.

From a psychological perspective, there's the question of how big the prizes should be - should we (if budget allows) be offering students laptops, holidays and other large, significant prizes, or at the other end of the scale should we expect students to be happy with a handshake and the knowledge that they DID WELL. Different lecturers may have different views, but we reasoned that giving a small unexpected gift is often used in to induce positive moods in experimental research, so we should give something. I used to have concerns that giving large prizes might crowd out intrinsic motivation to learn - so students might be focusing on the external prize, rather than using the quizzes to focus on their learning. In this context I'm less concerned about this - not least because the effects of crowding out have recently been shown to be fairly short-lived, and students have a strong motivation to learn from the outset. But there's a danger that when the stakes are higher, students care more about fairness - so if a student missed out on the top prize because they were ill one week they may end up disgruntled. To avoid that (and because we didn't have the budget), we generally use modest, usually chocolate-based prizes.

Then there's the question of who should win. If the prize goes to just the top performer, or top three, top ten, then it's clearly rewarding achievement. That's kind of what universities do - the highest achievers get the firsts, and the scholarships and academic prizes. But for these kinds of formative experiences it can be helpful to recognise effort as well as achievement: Partly because it can lead to better educational outcomes and partly because it doesn't demotivate people who are unlikely to get to the top of the leaderboard. That's why Quodl uses badges as well as scores. Students gain badges for effort - turning up and completing a series of quizzes - as well as achievement - getting a certain score on a given quiz or doing reasonably well over all the quizzes in a module. What I tend to do in my lectures is to award small prizes to everyone who receives four - relatively achievable - badges, as well as giving prizes for those who get the highest scores.